With his fifth albumAnimal Ambitionin stores today, 50 Cent unleashes the wild video for the title track.The hip-hop tycoon warns the competition to not get between him and his paper, while cavorting with a menagerie of ladies in the Eif Rivera-directed clip.

“Got the eye of the tiger, I’m on that animal shit,” he roars.
Animal Ambitionfeatures appearances from Trey Songz, Yo Gotti, Jadakiss, and ScHoolboy Q, who appears on the deluxe version.

50 has plans to release two albums this year. In addition to Animal Ambition, Street King Immortalis scheduled to arrive in late 2014. 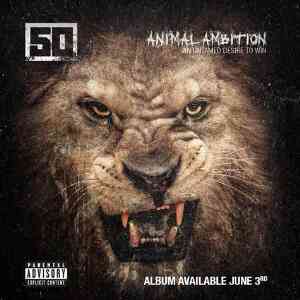