After teasing his fans last year with the project, HipHop Mogul and XYZ Entertainments Founder Slapdee is set to release his long awaited body of work “Mother Tongue,” for a while now the rapper has dropped singles like Fwaka, Dzuwa and Savuka which featured South African songstress Busiswa.

Recall “Mother Tongue EP” was rumored last year to be dropping in the same time frame with Chef 187’s “Bon Appetit” and this stirred so much social media buzz and some backlash. However the project was held back because Koby’s “Young Legend” debut album was been pushed by the record label. 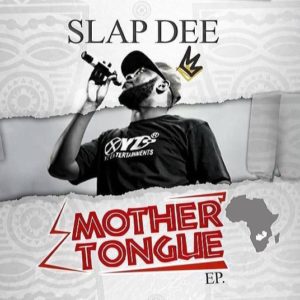 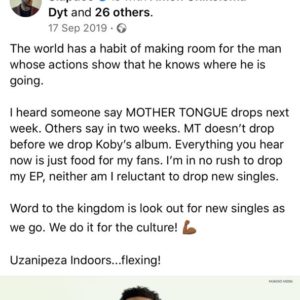 Slapdee posted on his social media platform that the EP will be released on 20th November, 2020 and he is yet to share more details including the Cover and Tracklist. This conclusion is coming from the understanding that SlapDee has completed the project and appreciated the creators that worked with him.

The rapper covers a wide range of genres including rap, pop, and afrobeat. Now what are you also looking forward to SlapDee’s “Mother Tongue”‘? Which of the collaborations are you anticipating the most?

Chabby Bowy - "I Want To PuPu"