Red Nation C.E.O and heavy weight rapper Tiye P has announced that is camp is ready to start offloading music this week. Tiye P will kick start the the session by gracing his fans with a music video dubbed “Biggy Nya” and in this  upcoming joint he has tagged along Baila Empire top notch act and dancehall daddy T-Sean.

The forthcoming record is reggaetone feel good vibe song sounds like it could easily be another smash hit from The king Of Bars and The Eagle one of zam dancehall Music. Red Nation Music also asked for your full support on this one and appreciates you all in advance. 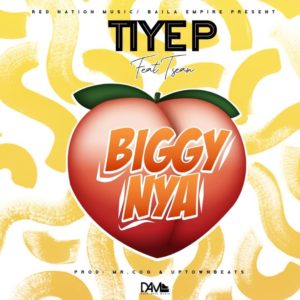 The song was recorded at Red Nation Music, with COG and TiyeP on the production keys. It was mixed and mastered by Uptown Beats in baila empire studios. The audio and video release goes live for streams and downloads this Wednesday 21st October 2020 on all local sites at 08:00hrs ; video was chopped and edited by Qbick (the visual papi ).

Prime Voka - "Me Myself and I"