Leading Zambian gospel acts; Pompi, Mag44 and Abel Chungu have been nominated in this year’s Kenya housed Gospel Music Awards, the 11th edition of the Groove Awards sees the Zambian based giant killers as contenders in the “Southern Africa Artist of the Year” category alongside Benjamin Dube from South Africa, Joyous Celebration from South Africa and Tembelami from Zimbabwe. 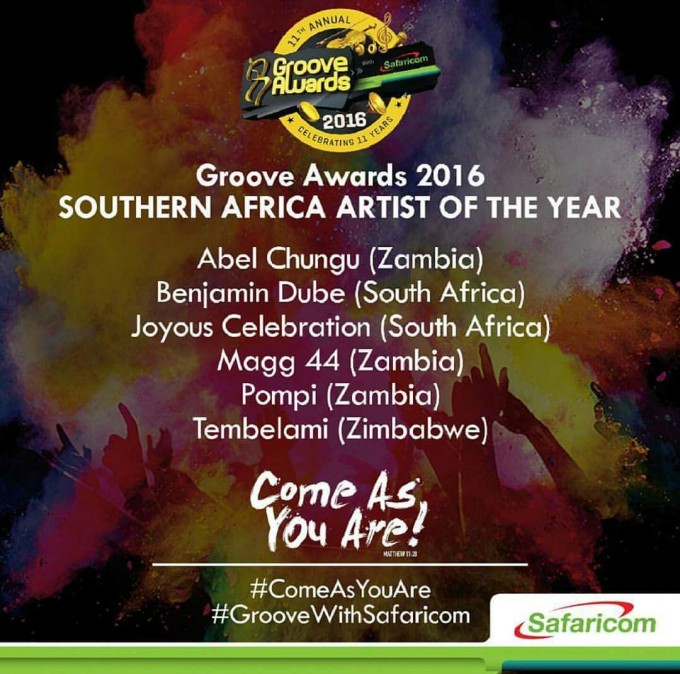 The contenders were unveiled on 26th April at an exclusive red carpet event held at the Kenya National Theatre according to the Groove Awards Press Release.

The theme of this year’s awards show is: “Come as you are.” It focuses on the message of God’s love, grace and forgiveness, and encourages unity in the face of divisions that threaten to divide the nation.

Public voting is now open and will run until 31st May 2016. Fan in Kenya can vote by dialing *811# and following the prompts, or via the website www.grooveawards.co.ke for those outside Kenya.