We have officially experienced 10 years of Kopala Swag Music and to celebrate that significance, Macky2 has revealed the brand’s 10th year Anniversary Concert – slated to be one of Zambia’s biggest Hip Hop affair thus far.

On the performance side of things, they’ve got, Macky2, Chef 187, Afunika, Dandy Krazy, Drifta Trek, Rexious and TiyeP. No word on whether any of their other members will show up, the likes Jemax, Young Dee, Dice, PilAto, Coziem, Nick Pro, Brasco, Trooth Boaller, TR and Muzo AKA Alphonso (they better show up for this memorable concert).

The show is scheduled for 1st of March 2018, fans can grab tickets by following the instructions on the flyer.

Peep the flyer below. 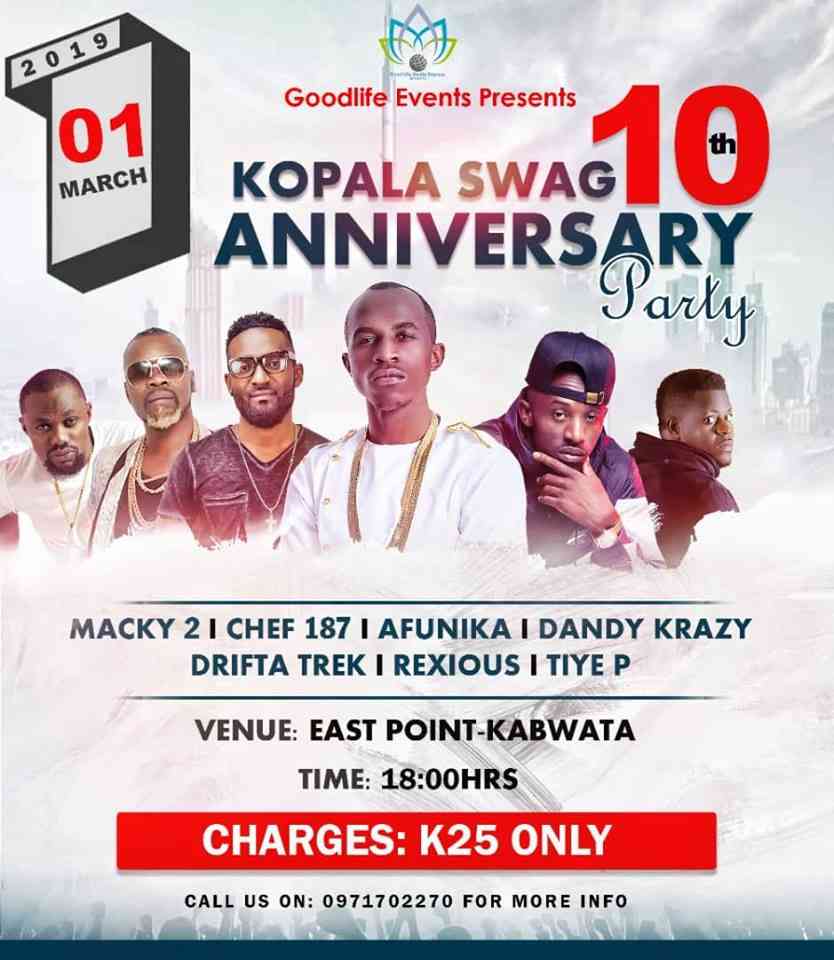