Rumors of yesterday stated that King Dandy has been refused to enter U.S.A because of having a Criminal Record… It went around that Dandy’s tour had been cancelled with immediate effect… We don’t have any evidence supporting the rumor cause we haven’t heard anything yet from the artist himself….

It is believed that “King Dandy” is in the United States of America where he is expected to stage seven shows, with the first one slated for today.

The artiste will hold his first show in Orlando, Florida, and this will be followed by shows in Atlanta, Dallas, New York and Chicago. His other shows will be in Indianapolis while the last one will be in Pittsburg on August 16.

The main organiser of the event, US based Zambian DJ Oblack, said the cities where theDibili Dibilistar will be performing have been carefully chosen as they are home to a good number of Zambians who are expected to turn up in large numbers.
“We have advertised King Dandy’s 2014 US tour extensively, and we are sure that many Zambians across the US will turn up for the shows,” he said.

King Dandy will unveil his latest song Mbuyo Ya Mama to his US-based fans. Mbuyo Ya Mama has received considerable airtime on local radio stations.
He last visited the US at the end of 2011 where he wooed crowds with Donchi Kubeba, a revolutionary song that was used by the then opposition Patriotic Front in the run-up to the September 2011 general elections. The song may have waned, but with tunes like Dibili Dibili, King Dandy remains top drawer and he should be able to attract Zambians resident in the US to his seven shows.

Early this year, King Dandy, who has often rubbished local awards shows saying the prize money is too meagre compared to what artistes get when they perform live, was in Perth, Australia, where he staged a performance which was highly appreciated by Zambians based there. 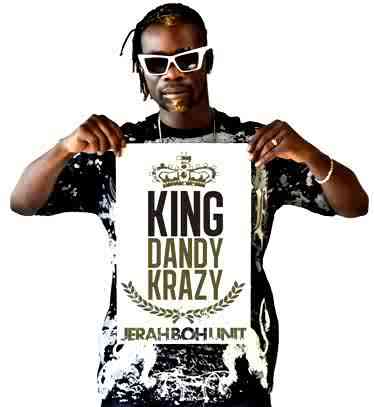