0ver 400 fans and patrons alike were this Friday treated to a show-stopping performance by Zimbabwean born artist Jerome Arab, at the Lusaka Arts Festival held at the American International School of Lusaka. His soulful, soaring vocals and energetic stage presence made for a contagious show, as he got the audience out of their seats.

Jerome who was first to take stage made sure to leave his mark, and a huge gap for whoever was going to follow after his live performance. Opening his performance with the AISL Jazz band playing his song titled “My World,” then he later told fans to switch on their lights as he sent into a frenzy with his second unreleased song. At this point, fans were heard complimenting his energy and presence on stage. For his third song, Arab went into a reggae tone and they went off stage to show some his dance moves which fans found pleasing to see and also join in to dance with him.

After a heart-stealing 30 minutes, Arab closed his set by allowing his band (John Samalama on keyboards, Kennedy Shwana on bass and Smith Phiri on drums) to show off their skills after which they bowed and as we thought it was all over, John Samalama playing a riff off Jerome’s hit single “Don Dada” brought the boys all back to keep the party going. Other performers were Zambian songbirds Namvula and Wezi. 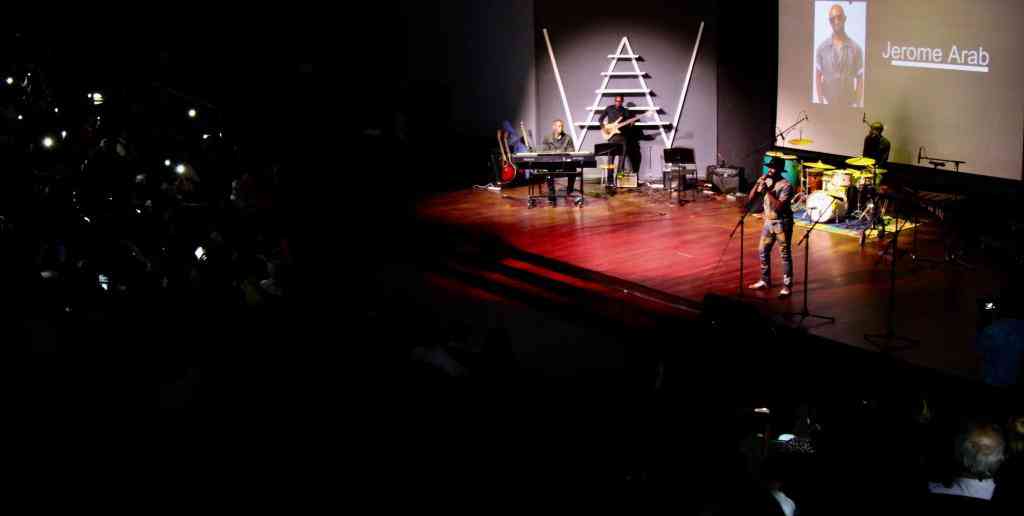