Jay Rox’s Record Label Headphone Music has announced a new addition to their camp and it comes in form of Umusepela Chile.

Though no one saw it coming, the signing was teased last week in a Jay Rox Video for Jehova where the Private Label DeathRaw Records artist made a short appearance. Umusepela Chile has been teasing with a “very big announcement” since friday, leaving fans excited with anticipation. His presence in the latest Jay Rox Video was overlooked by many, especially that the video itself was shot by OG BeeJay, a very close friend & personal producer for Umusepela Chile.

Jay Rox has been pushing beyond limit, expanding his brand through cross boarder music collaborations. He recently introduced his shoe line, before he started adding talented artists to his camp. 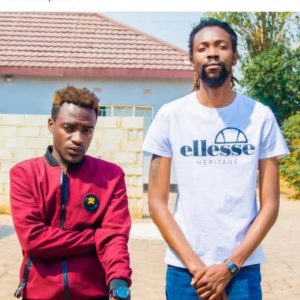 Umusepela Chile‘s addition to Headphone Music is surely a major win for the Record Label. The young talent has shaken up the music industry this year, starting from February when he released his most controversial single Snake Of Moses. He later took everyone by storm by when he openly  declared his interest in datin Natasha Chansa.