After beginning his album Journey in 2010 with the release of Malinso Malinso which paved the way and allowed him to release three more super successful albums, Wounded Buffalo, Ichimusebo and Isumbu.

Afunika will now return with his fifth studio album to continue the evolution of his music and to add to the success of his only released single off the project, “Piki Piki Skirt“.

The forthcoming album which is called “Still Afunika” is locked in 15 tracks with features including Drifta Trek, Chef 187 and Macky2.

The album drops on 2nd March, 2019, definitely the day that we’ll have the opportunity to play the absolute hell out of it.😊 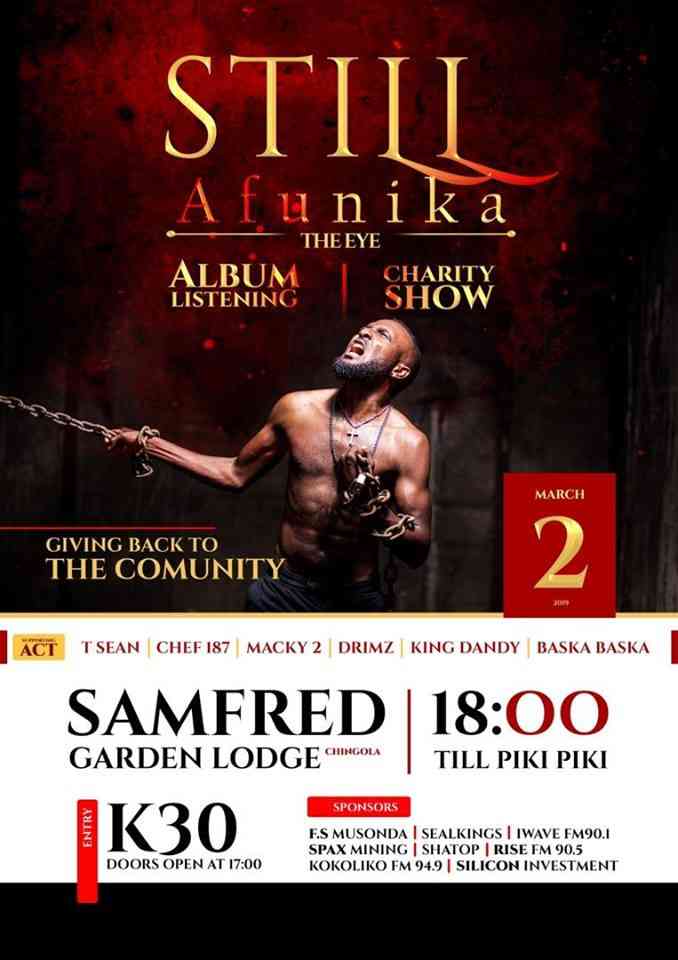